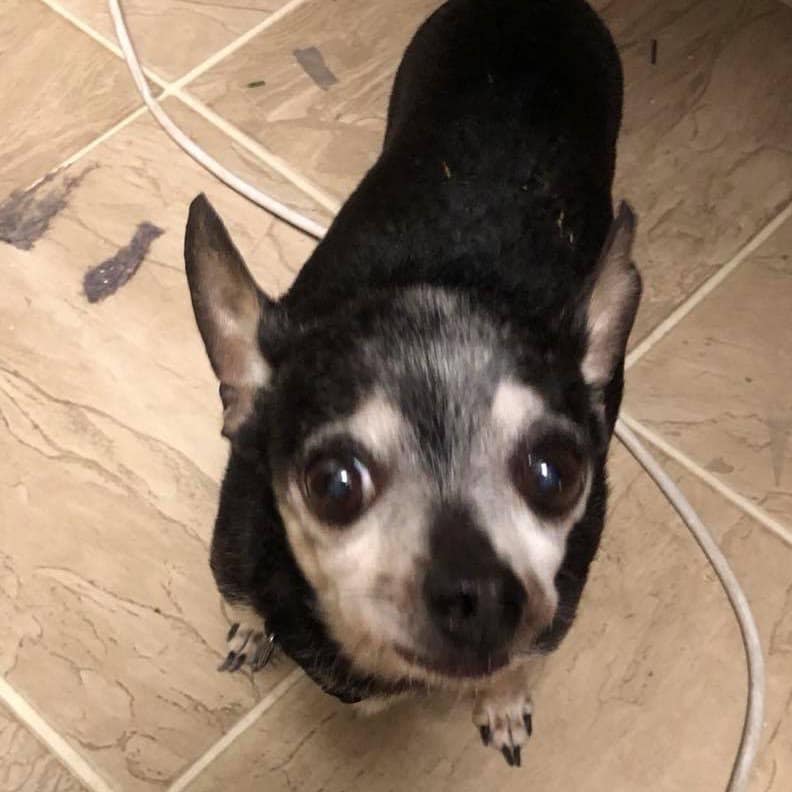 
On Tuesday night, my heart sank and I wept as we realized that my oldest pup (hardly a pup) Javier was missing from the yard after letting him out. He decided to go on an evening stroll and hadn’t returned. I freaked out. I couldn’t contain myself.

My husband and our two girls with baby in tow walked up and down the street calling out his name in desperation with the hope that he would come running out of the bushes of a neighbor’s yard. But no such luck.

During the panic of it all, I started to post on social media to get people looking for him. Then came the love, support and the wide effort to look for my fourteen year old pup who decide tonight was the night that he would take advantage of the gate being left open by the pool guy.

There were recommends to post in the lost dog, foster pet, and many other animal type groups on social media. Then I had friends that are “experts” in the foster space and they told me to go look in the shelters, contact more foster/adoption organizations. I was on it. I took every recommendation that I could.

When it started to get late, I started to freak out and being that he was older. I was having unbelievable thoughts and nightmarish daydreams. I even got to a point where I tried to take out one of our other dogs, Max, to see if he could smell or pick up the scent of Javier. UHM… let’s just say that was a bust. He couldn’t find his way out of a wet paper bag. But I still love him. Ha ha.

I took the suggestion of my bestie Freddy Prinze Charming to put out food and our clothing in case he came home. It was the first time he was away from home and I didn’t know what to do or know where he was. It was a ridiculously empty feeling — and I couldn’t do anything other than be posting and praying that we could find him.

I kept posting, joining groups. Messages poured in. At one point it got late and I decided to lay down cause I had walked the neighborhood 3-4 times, I talked to some of my neighbor who were out watering their lawns, just getting home. The looks on their faces — I must have looked a messsssssss. I was even more upset cause Javier wasn’t chipped and didn’t have his collar on. But I cried myself to sleep. I was even mad at myself for falling asleep. I couldn’t believe it.

I woke up — pre- allergy meds, shower, combing hair, even brushing my teeth — and got my shoes on walked the neighborhood. I got to a point that I was walking through back alleys. The morning was more busy than the night cause I was hoping not to see him near the main road. Ugh, my stomach started grumbling, from nervousness as well as not eating dinner, breakfast or anything. I did a live and someone thought they found Javier. It wasn’t him.

I got back on the live, feeling grateful friends were looking for him but still feeling defeated. Javier is getting old but I still adore him and love. I felt like a hopeless mother and I needed to find my kid. In the meantime, a great supporter of mine & new friend Jeannie, offered up $50 reward to anyone who found him. Kept searching, it started getting hot.

I came in to see if there was anything I could do on the computer. I was still revving. I posted on the Maricopa County Animal Control’s Stray map. Then, posted as they suggested on Finding Rover, an app. Then I came across on this website, PawPassport on one of my post that I had put up. I posted on their and decided to do the paid ad option for about $30. It was boosted right away. It went. We started to get some he’s here, he’s there. But still not giving up.

On my way to post another ad on another site, I received a message. It read “My brother has your dog. Please call (her phone number)” signed by Victoria. I called right away, even though I had been going through this all day, I said I have to give it shot. I can’t give up. So I called she said “Yes my brother has your dog. My brother and my dad don’t do technology, but yes we have your dog so I saw your posting and sent you a message.” Oh my goodness! It was a rush of excitement, nervousness. I couldn’t wait to see him.

Where was he? He was two doors down. I went down there and there was a neon green handwritten sign that read “Found dog: Very Old Chihuahua” I went to the door and said I was looking for my dog and that his sister told me she was here. After talking for a bit, as he clarified to make sure it was my dog, he went to go get him. It was my old man! It was Javier!

My neighbor proceeded to tell me his wandered up to his front yard and was sniffing around. The neighbor tried to get him after he saw him walking under his sister’s car. Thank goodness that he got him before the car moved. Javier spent the night in their yard. I was surprised because I never saw him while being nosey and peaking into neighbor’s yards. But I was so happy.

I can’t thank all of you enough to let you know that he now safe and sound. The gates are locked and Javier slept for a bit on Tuesday and Wednesday. It must have been hard on him. From Jeannie, Gina, Jose, Freddy, Kate, Steph and many more who helped do posting, calling people, looked in their neighborhoods, etc. Ryan offering to run the streets to look for him. Everyone who reposted, posted recommendations, shared it in different doggo groups. Whoa! So many of you! THANK YOU!

Some things that I learned in this: